BOSTON – The 2017 update of Massachusetts’ English and math K-12 academic standards represents further deterioration in English, while the math standards are essentially unchanged from the 2010 version, according to the first independent evaluation of the newly revised standards, which is published by Pioneer Institute.  The 2010 standards, which were based on Common Core, led to declining scores on national tests in both English and math.

The new English standards will result in students’ leaving high school with little domain knowledge in areas such as literature, language, and literary criticism.

“These standards rely on process- and skills-based ideas, which brush aside knowledge of Western and English literary traditions,” said Emory University English Professor Mark Bauerlein, co-author of “Mediocrity 2.0: Massachusetts Rebrands Common Core ELA and Math.”  “The result is a set of standards light on content but heavy on fuzzy subjective terms such as ‘high quality’ and ‘challenging.’ Great works of literary art and the history of the English language, not to mention the American patrimony, disappear.”

The standards direct teachers to fill their syllabi with materials drawn from different cultures, but with no guidance as to the enduring literary value of various works.  As a result, sensitivity to diversity prevails over traditional literary and historical knowledge.

Rather than identifying some works as superior to others, the appendices to the standards simply include long lists of suggested authors and works, which are largely derived from Common Core.  Moreover, they touch briefly on a number of cultures, informing a curriculum that is without context or a coherent sequence.  This makes students less likely to retain the material.

The new mathematics standards are not an improvement over the Common Core-aligned standards adopted by Massachusetts in 2010. Under the new standards, Massachusetts students will remain three or more years behind their peers in high-achieving countries like China, Japan, South Korea, and Singapore.

“These standards are based on the idea that the math students used to learn is obsolete,” said Stanford University Professor Emeritus of Mathematics James Milgram, who co-authored the study.  “But mathematics is entirely hierarchical.  Areas that have become more prominent in the 21st century require the same basic math foundation.”

Ratios, rates, percents, and properties are not introduced until sixth grade in Massachusetts.  In high-achieving countries they are richly represented in the third- or fourth-grade curriculum.

The Massachusetts high school standards focus on general properties rather than properties of important, explicit functions like linear functions or square roots.  The intent appears to be to give students a superficial familiarity with the easier aspects of these topics rather than to teach them to use core math skills.

The standards in place in Massachusetts before the commonwealth adopted Common Core in 2010 were internationally benchmarked.  Students started algebra in eighth grade years before it was recommended by the National Mathematics Advisory Panel, and classic literature, poetry, and drama made up more than 80 percent of the English content.

Shortly after Massachusetts’ pre-Common Core era standards were implemented in 2005, Massachusetts students became the first ever to finish first in all four categories of the National Assessment of Educational Progress.  They repeated the feat every time the tests were administered through 2013.

On the 2007 Trends in International Mathematics and Science Study (TIMSS) assessment, Massachusetts students were internationally competitive in math and science, with our eighth graders tying for first place in science.

After the commonwealth adopted Common Core in 2010, the amount of classic literature students read was cut by 60 percent and students now don’t reach algebra until ninth grade. The delayed math progression makes it much more difficult for students to succeed in math or science studies in college.

Between 2011 and 2015, Massachusetts was one of 16 states whose NAEP scores fell, and its scores are no longer the nation’s best in eighth-grade reading.

SAT scores have also fallen, with a particular drop in student writing that is likely attributable to the reduction in literature. Mark Bauerlein is an English Professor at Emory University since 1989 and former director of the office of research and analysis at the National Endowment for the Arts. He has a Ph.D. in English from UCLA, and is the author of numerous books, including The Digital Divide and Literary Criticism: An Autopsy.

James Milgram is Professor Emeritus of Mathematics at Stanford University, where he has taught since 1970. He has authored more than 100 published mathematics papers in the areas of algebraic and geometric topology as well as four books. Milgram simultaneously received his bachelor’s and master’s degrees in mathematics from the Uni­versity of Chicago, and three years later completed his Ph.D. in mathematics at the University of Minnesota.

Jane Robbins is an attorney and a senior fellow with the American Principles Project (APP). With Emmett McGroarty she co-authored the APP/Pioneer Institute report, Controlling Education From the Top: Why Common Core Is Bad for America. She has published numerous articles about the problems with Common Core, including those of intrusive data collection and threats to stu­dent privacy, and has testified about these issues before the legislatures of 12 states. She is a graduate of Clemson Univer­sity and the Harvard Law School. 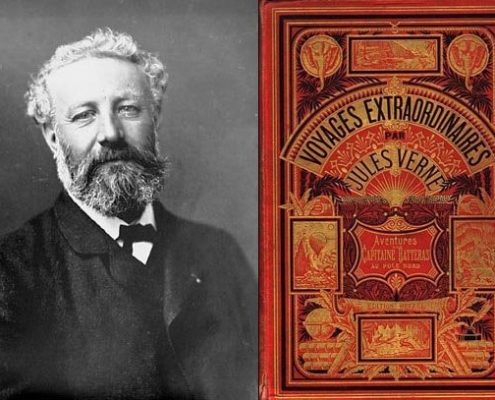 Beacon Hill Needs to Get This Right – Right Now