Read this op-ed in The American Conservative

We are now nearly four decades beyond the publication of A Nation at Risk, a federal report that indicted the “rising tide of mediocrity” and initiated a well-deserved period of hand-wringing about K-12 public education in the United States. Massachusetts was the only state to respond to the call to create a school system that would be among the best in the world. Sadly, now even the Bay State is retreating from the policies that delivered its historic success.

The landmark Massachusetts Education Reform Act of 1993, which was entirely state-led, pushed academic content and high standards over the Bush I and Clinton administrations’ agenda of K-12 education as merely workforce development training. Today, however, Beltway-driven initiatives like the Obama administration’s Common Core State Standards, together with a new generation of state leaders who seem to have forgotten the importance of tying new money to high standards, accountability and enhanced school choice, threaten to undermine the reforms that made the Bay State the nation’s unquestioned educational leader.

The Education Reform Act required the state to draft liberal arts-rich “curriculum frameworks” to help schools choose curricula by specifying the content students should be able to master. Developed after years of public debate and with input from teachers and experts, the English, writing, math, science, and history frameworks were internationally benchmarked, with an eye toward authentic college readiness.

Classic literature, like the works of Charles Dickens, Jules Verne, Mark Twain, and Sir Arthur Conan Doyle, made up about 80 to 90 percent of the English content. In math, students were required to start studying algebra in the eighth grade, years before the National Mathematics Advisory Panel made the same recommendation. A wide range of voices—including the Thomas B. Fordham Institute, noted standards expert E. D. Hirsch, Jr., educational historian Diane Ravitch, Achieve, Inc., and the American Federation of Teachers—hailed the Massachusetts frameworks as national models.

Passing Massachusetts Comprehensive Assessment System (MCAS) tests based on the frameworks became a high school graduation requirement early in the current century. The tests also earned accolades and applied pressure to school systems to develop rigorous curricula. If they didn’t, their students’ scores would show it.

Another state test was developed for new teachers, who had to demonstrate communication and literacy skills and the knowledge to teach this material within the frameworks.

The results of the reform were better than even the law’s authors had hoped.

Beginning in 1993, Massachusetts’ SAT scores rose for 13 consecutive years. The state’s scores on the National Assessment of Educational Progress (NAEP) shot up, too. By 2005, Massachusetts students became the first to score best in the nation in all four major NAEP categories (fourth- and eighth-grade reading and math). Since then, they have repeated the feat on every subsequent administration of NAEP except one.

While American students as a whole lag behind their international peers, the 2007 and 2011 Trends in International Mathematics and Science Study results showed that Massachusetts students were competitive with their counterparts in places like Japan, Korea, and Singapore. In 2007, the Bay State’s eighth graders even tied for first place internationally in science.

In addition to across-the-board improvements, race- and class-based achievement gaps narrowed. E.D. Hirsch found that Massachusetts was one of three states that made the most progress at reducing achievement gaps between 1998 and 2005. Between 2002 and 2009, the NAEP scores of African Americans and Hispanics on both fourth- and eighth-grade reading tests improved more rapidly than those of white students. Low-income students made gains as well.

With this record, Massachusetts should be the model for other states to follow. But the Bay State has chosen to retreat from its own success. In 2008, Massachusetts turned its back on accountability when an independent agency that conducted comprehensive audits of school districts was eliminated.

When the Obama administration kicked off its push to federalize public education by making adoption of Common Core English and math standards a condition of receiving federal grant money, Massachusetts acquiesced. It adopted the standards in 2010.

Subsequent revisions also dumbed down the Bay State’s science and U.S. history standards. In 2009, then-governor Deval Patrick’s administration brushed aside the state law that required history to join English, math, and science as a high-stakes test. Instead he pushed new age fads, including educating the “whole child” and vacuous “21st-century skills.”

The Education Reform Act had also created the nation’s best charter schools. A Stanford University study found that Boston charters were doing more to close achievement gaps than any other group of public schools in the country. But after the failure of repeated legislative attempts to loosen restrictions on the number of charters that could operate, supporters chose to make the issue the subject of a statewide referendum in 2016. Opponents prevailed, claiming charters “drain money” from traditional public schools, even though Massachusetts is the only state to provide full and partial reimbursements to school districts that lose students to charters.

Results from the dismantling of education reform have been swift and predictable. While Massachusetts still ranks first on NAEP, from 2011 to 2017, state scores either stagnated or declined in both English and math. In the Common Core era, the Bay State was among those that saw the biggest declines in math.

By 2013, the percentage of students scoring “Proficient” on MCAS fourth-grade reading tests had fallen by 10 points. SAT scores have also dropped significantly, especially in writing.

More than a quarter-century after education reform, the state’s K-12 funding formula is no longer keeping up with rising health insurance and special education costs. Rather than tie new money to reforms, the foundation of the historic 1993 law, it appears lawmakers plan to simply increase spending with no strings attached.

If your children ever grouse about why they have to learn history, you might want to direct them to the story of public education in Massachusetts. Here, state leaders have forgotten what led to the nation’s most successful reforms and appear determined to return to the barren landscape that existed before they were enacted.

Massachusetts has demonstrated what works in public education. Why are the state’s leaders running away from it? 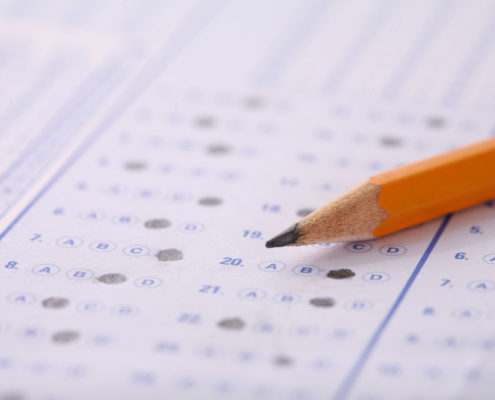 Uber May Not Be Perfect, But Do We Want To Give The Transportation Revolution...
Scroll to top