Scot Lehigh and Shirley Leung in the Globe today both focused attention on the idea of, as Lehigh put it, “tak[ing] the $1 billion in bonding bandwidth it last year dedicated to expanding the Boston Convention Center & Exhibition Center and instead apply[ing] it to helping improve the MBTA.”

The background here is that at the end of January, Gov. Charlie Baker put the brakes on a $1 billion bond offering approved last summer to pay for expansion of the Boston Convention & Exhibition Center (BCEC).  The Governor ordered a two-month delay so his finance team could address emergency 2015 budget issues while simultaneously preparing the governor’s 2016 budget proposal.

Pioneer had long called for state leaders not to move ahead with the expansion.  (MBTA observers might want to look at our report on the impact of delaying the reversion of convention center tax receipts to the general fund and could endanger capital funding for much-needed transportation improvements and other capital expenditures, as well as other pieces on convention center room night/economic impact projections, the impact of hotel taxes on the hospitality industry, the questionable history of attempts to subsidize hotel development, and the lack of transparency at the MCCA).

We believe the administration’s delay is a smart move.  Issuing bonds for convention center expansion is an irresponsible fiscal move.  The administration should remember that going ahead with expansion of the South Boston Convention Center ignores these facts:

But even were one to ignore all of these important facts, few would argue that the expansion of a single convention center in an already rapidly growing Seaport District is a more urgent need than fixing the sixth biggest transit system in the country.  We have seen our city virtually brought to a standstill because of the lack of maintenance and repair to our existing MBTA services.

What is more critical to the Boston economy – a convention center expansion or a transit system that works for 1.3 million riders and the region’s businesses?

The question will arise, is it practical to think that terminating the issuance of special obligation bonds associated with the BCEC project could be used to shore up the MBTA’s financial situation? 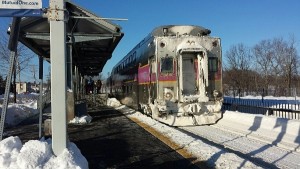 Pioneer has proposed an emergency control board for the MBTA that would have enhanced powers to focus on maintenance and repair at the exclusion of expansion projects, amend work rules, competitively bid certain aspects of the T’s bus operations, re-open contracts so that vendors such as Keolis are put at greater risk in case of performance failure, and finally to transfer the T pension system’s oversight and management to the state’s well-performing pension system.

As part of that emergency legislation, we believe legislators should address legal hurdles to redirecting savings from the termination of the bond offering toward support for the MBTA.  Specifically, we believe it could help pay for part of our proposal for the state to assume a quarter of the debt burden originating from Big Dig-related transit projects (approximately $50 million) over four years, provided that T meets benchmarks for on-time performance and maintenance of the current system.

For example, the state could leverage a stop to the BCEC in support of funding the MBTA by, short-term, redirecting some of the Massachusetts Convention Center Fund’s surplus revenues to cover a portion of the MBTA’s debt service burden.  In the 1990s, being well aware that the room night projections for the BCEC were inflated, the legislature and executive branches built considerable revenue streams (hotel room occupancy taxes, sales taxes, rental vehicle surcharges, and sightseeing surcharges[1]) to ensure that the new convention centers in Boston, Worcester and Springfield remained financially viable.  While the BCEC has not attained anything near its original room-night estimates, these revenue streams in 2014 amounted to over $107 million annually (not including the Worcester Convention Center Fund), often leaving a net surplus approaching $50 million annually.  In part, that is why Gov. Patrick could ask the MCCF to allow the state to appropriate $65 million during the recession.

Given that the funds have been used for other purposes in the past, it is not unreasonable to consider doing that again.  If the state were to use a portion of the MCCF’s surplus to retire the debt incurred through MBTA system expansions, thus using those funds over a series of years, legislation would be necessary.  We would suggest having 75 percent of the surplus in any one year go to the MBTA.

Longer-term (that is, from 2034, when the current BCEC bonds are retired) the legislature could also direct some of the revenue streams currently going to the MCCF toward continuing to retire MBTA debt service.

Overall, we think about $200 million in the MBTA’s debt load should be assumed by the state over a period of years, provided that the Authority achieve performance metrics.  Foregoing the bond issuance for the BCEC expansion could play an important role in making transit improvements possible.